Timex was the first American-Made watch company who built their reputation on a $6 clock that everyone could afford. While Ford Motor Company is best known for their innovation in assembly lines, Timex had already mastered domestic mass-production 40 years before the first Model T car rolled off the line.

By mass-producing clocks, Timex (Waterbury Clock Company at the time) was able to offer customers an affordable option that didn’t exist in the market during the mid 1800’s. 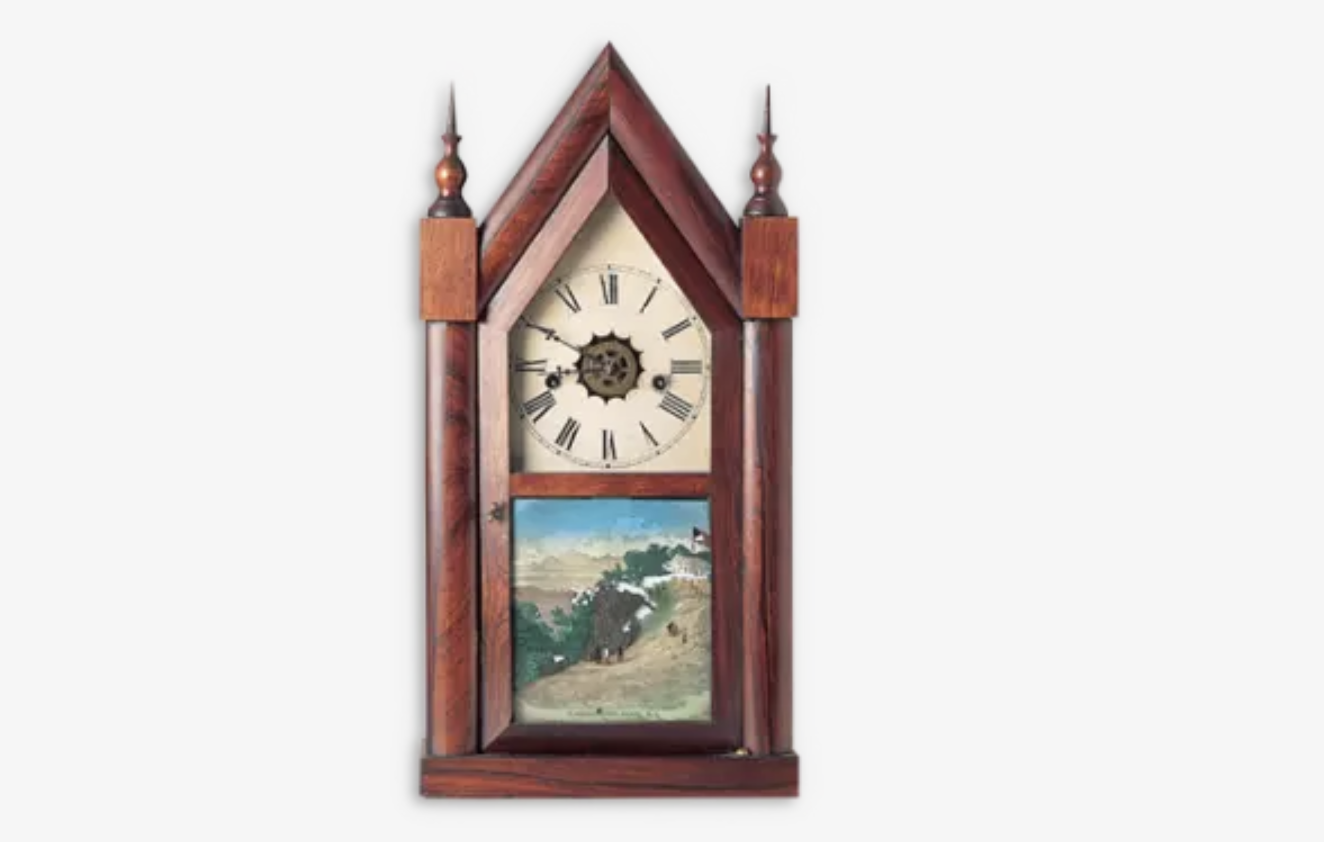 Timex has evolved their watch making to include strategic partnerships with brands like Disney and Ironman. Through these partnerships, iconic new watches like the Mickey Mouse children’s watch and the world’s first sports watch, the Timex Ironman.

How they hold their value

The Timex brand was built on providing customers with affordable quality timepieces.  Nevertheless, some vintage pieces are sought after.  This is mainly due to their strategic partnerships with iconic brands like Peanuts, Disney, and Ironman.

Some unique timepieces such as the Peanuts x Timex watch, circa 1970, can sell today for upwards of $500. A great return for a watch that sold for less than $40 in its time.

Because Timex produced so many watches, at such low prices, it is harder to get a return from vintage Timex pieces. In 1950, Timex released the first mass produced watch movement,  v-conic movement. Quickly after release the demand soared and before the end of the 1900’s every third watch sold was a Timex.

How much do Timex watches cost

If you are looking for affordable quality, then Timex is the brand for you. Many of their watches you can purchase for under $100, and are far better quality than recent brands like MVMT and Flex Watches.

In 1958, Timex attempted to destroy a different Timex watch each week on live television. The campaign proved to consumers that, “Timex takes a licking and keeps on ticking.” 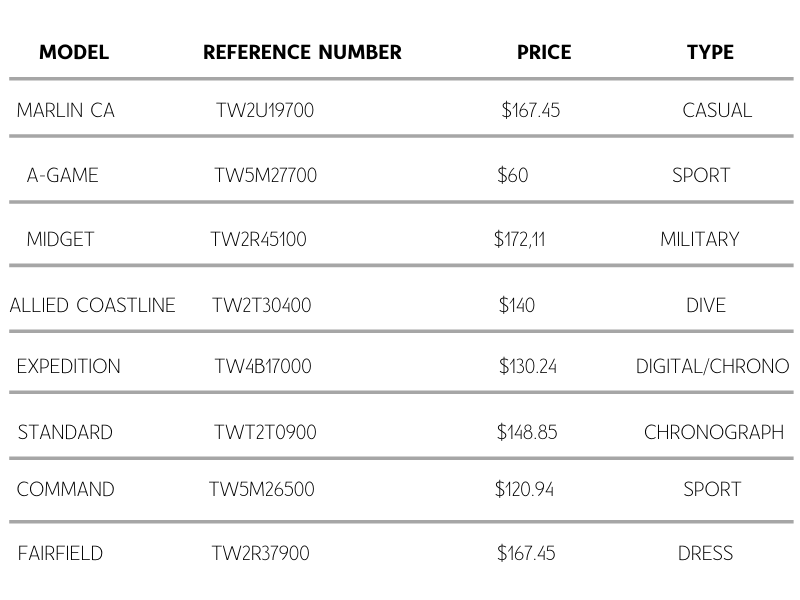 How much does a Timex American Documents Series watch cost?

Times had already mastered the mass production model in the United States before Henry Ford ever rolled a car off his assembly line. Going back to their American Made roots, Timex has launched their Documents Series watches that are made in the USA.

These watches are handcrafted in Middlebury, CT, the same region that Timex has been making watches since 1854. In 1970, Timex was forced to embrace globalization and move their manufacturing overseas.

In 2019, Timex made the decision to return to their domestic roots and create a new line of premium timepieces back on US soil.  These watches retail for much higher than normal Timex pieces, starting at $495.

Is buying a Timex a good investment?

If you are looking for a high quality watch at a reasonable price, then Timex is a great watch for you. Unlike Rolex Daytona or Submariner watches, most Timex watches do not hold value.

The concept with Timex was to mass produce high quality watches at a price that everyone could afford. However, prior to mass production, Timex made clocks and pocket watches. Some of these pieces hold their value much better than the standard watch you’d buy today.

If you are looking for a watch in the $100-$200 price range then Timex is a great choice for you. Their movement is much better quality than brands like Flex Watches and MVMT Watches. For the price, Timex will last longer and provide a better investment over internet watch brands.

Timex was extremely innovative for their time and was clever enough to find strategic partnerships like Disney, Ironman, and popular short stories like Hopalong Cassidy.

The Hopalong Cassidy Timex watch came in a collectors box with a miniature saddle inside the box where the watch was hung.

What are price ranges for Timex watches

Because Timex watches use alloys of other metals rather than stainless steel, they are able to keep their pricing down. These alloys are much easier to shape and polish which reduces the number of man hours, and therefore price.

A new Timex watch runs you around $120 for a majority of the models. The American Documents Series is the most expensive Timex in production today and starts at $495.

A few years back, Timex decided to retrace its roots to domestic manufacturing in Middlebury, CT. Going back to their dedication for American Made Quality and European Precision, Timex produced its first watch, the American Document Series, on US soil in over 100 years.

The American Document Series uses US-sourced stainless steel rather than the typical alloy blend that is used for their other watches. This high quality steel is hand finished to a brushed satin finish. 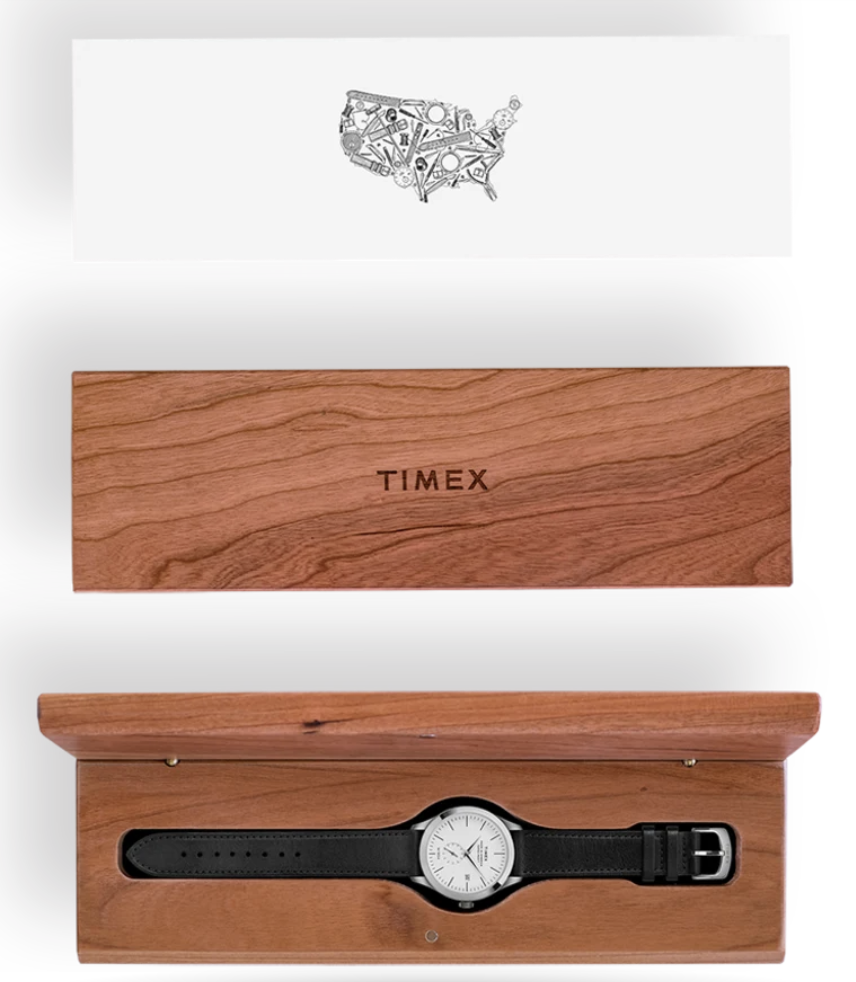 Even the rich leather strap is made using American hides by American craftsmen. The watch has subtle features such as the Waterbury brass crown that is a nod to the company's roots producing mantel clocks in the mid 1800’s where they would stamp the clocks with the same Waterbury brass.

As Timex has grown their across smartwatches and mass production of affordable high quality watches, they have found overlap which has produced some very cool new timepieces.

One of these is the Metropolitan Smartwatch. At first glance this watch looks like a classic chronograph with multiple dials on the face and pushers above and below the crown. Take a closer look and you will notice the current weather, step counts, heart rate, and kcals burned.

The athletically minded professional can show up looking sharp with a classic watch while not missing out on tracking their fitness goals.

This innovation between their Ironman sports watches and classic watches is a great example of how Timex continues to push horology forward.

A Watch For Every American

Swiss brands like Blancpain and Vacheron Constantin were pioneering advanced movements for luxury watches during the mid 1700’s. A hundred years later, Timex started producing watches in America with these European precision movements.

Rather than charge a year's salary for a watch, Timex decided to perfect its mass production techniques and produce affordable watches that every American could purchase. Similar to how Henry Ford would later build a car for every American. 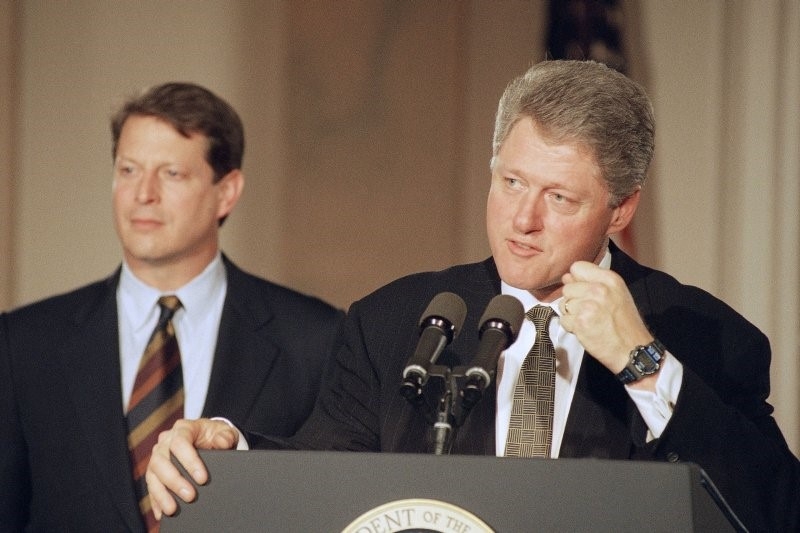 Actor Chuck Norris has been seen wearing the T5E261 on many occasions including in the popular action movie, The Expendables. 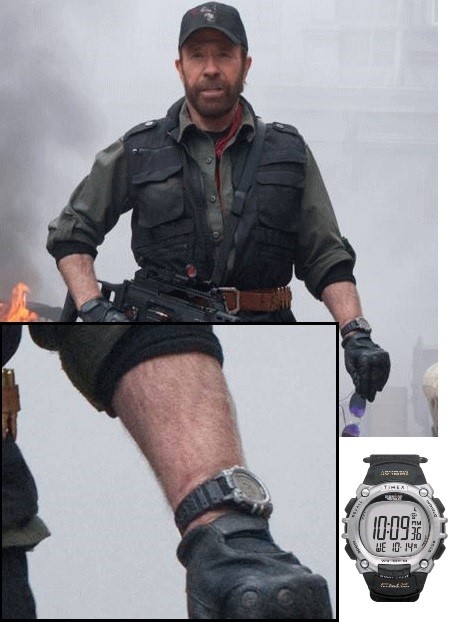 Precision Craftsmanship Since The Mid 1800’s

Timex started manufacturing clocks under the name Waterbury Clock Company. The company was founded by local Connecticut brass manufacturers Benedict and Burnham in 1854

The clocks quickly became popular for their affordable prices and quality comparable to the high end European companies of the time.

A new partnership with Ingersoll Watch Company led to the introduction of an affordable pocket watch that anyone could afford. As these pocket watches sold like crazy throughout the early 1900’s, the country was on the verge of the first World War.

During the War, soldiers needed to know the time quickly and couldn’t fumble through their pocket to find a watch. The wrist watch quickly became the preferred method for wearing a watch. During this time the Waterbury Company was one of the first to start mass producing wrist watches.

Just as soon as the country would start to normalize post WWI, the great depression hit in the 1930’s. If it had not been for a partnership with Disney, there likely would not be a Timex brand today.

At the Chicago World Fair in 1933 the Mickey Mouse watch was a huge success, becoming the first-ever million-dollar line of watches.

It wasn’t until the 1950’s however that the Timex brand name was solidified. During the second World War, Timex introduced new manufacturing processes that allowed them to produce the cheapest wrist watches on the market.

The massive popularity of the wrist watch throughout the 50’s and 60’s eventually led the Waterbury Clock Company to change its name to the Timex Corporation.

Timex continued to evolve by securing new partnerships with organizations like Ironman. Connecting themselves with the iconic Ironman World Championships opened up an entirely new vertical of the business, Sport Watches.

Today, the Timex Ironman Sports Watch is one of the most iconic Timex pieces.

The movement that Timex uses in their watch is based on the Omega Watch Companies movement.  The company sources most of the self-winding mechanical watch movements from Southeast Asia, but has suppliers all around the world.

Despite the low price on Timex watches, most models use high quality quartz movements. Quartz movements are the cheapest of the three movements; Quartz, Mechanical and Automatic. They use a battery to run and you will see a noticeable “tick” of the second hand.

Mechanical movements do not require a battery to keep time, instead the watch owner must wind the movement periodically to keep it going. The second hand will “sweep” rather than “tick” on a mechanical watch.

Automatic watches are similar to Mechanical watches except that they do not need manual winding. As the user wears the watch, the movement is automatically wound up.

Why Buy a Timex Watch

There are many reasons to choose Timex including price, history, and function. Not only are Timex watches a big part of American horology, they have also provided joy over many generations.

Because Timex watches are priced so affordably, they are the perfect go-to watch. You can keep your style on point while not having to worry about wearing a watch that is worth more than some people's homes.

American Presidents and famous actors have been seen wearing Timex watches. The history of the brand makes them a popular choice when deciding on what budget friendly watch to buy. It’s no wonder why many watch collectors own multiple Timex watches.

The functionality of Timex makes them a popular choice as well. If you are training for a marathon, consider the new line of Smartwatches that track heart rate and distance. Or, if racing in the Ironman World Series is your goal, consider the extensive line of Timex Ironman digital watches.