Nixon is a young brand manufacturing fashion watches and has branched out in other products as well, like man’s accessories and audio equipment. The company was founded in 1997 in Encinitas, California, by Andy Laats, a former Product Manager, and Chad DiNenna, a Communication Specialist. 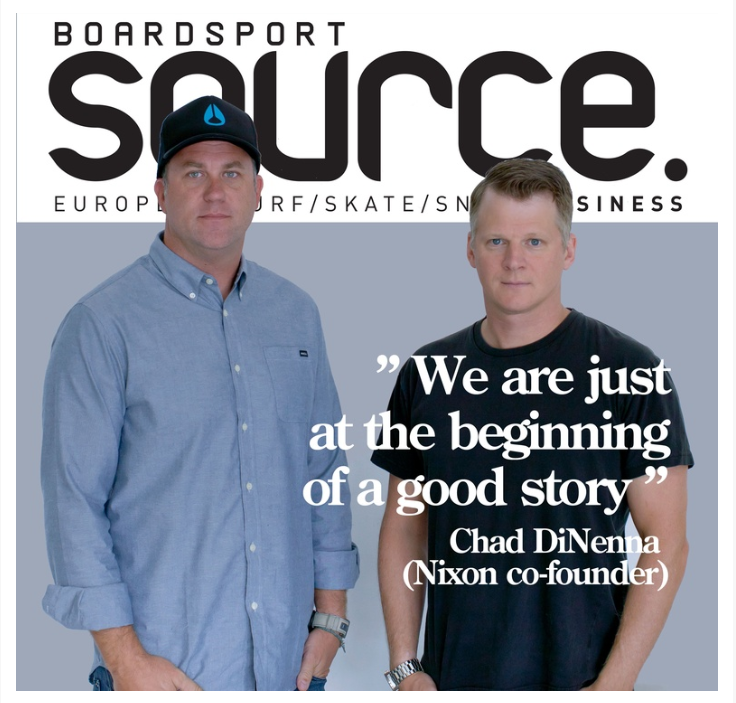 The goal of the brand was to create a watch that appealed to the younger crowd lifestyle of California - surfers and skaters. The couple raised $1 million in financing from venture capital. Nixon debuted with a catalog of 7 watches at the end of the year, which were sold through a network of 200 retailers.

The couple was spot-on with the plan, as, in the next eight years, the brand expanded to round a total of 90 models and 60 employees, with sales growing at an annual +55%. The brand opened a subsidiary in France. In 2006, Nixon was noticed by Billabong International, which offered to buy it for a grand total of $130 million.

In 2012, after six years as a Billabong brand, Trilantic Capital Partners bought half of the company’s shares from Billabong. The two principal owners left 3% of the shares in the hands of the company management, which comprises the two founders. As of today, the estimated value of Nixon is around $500 million.

The company continues to manufacture good-looking, robust analog, and digital watches. They use Japanese and Swiss movements, mostly quartz-based, with the top end bearing the exclusive “Swiss made” inscription. Nixon watches give their wearers a sizable wrist presence: sizes as 50 mm are not rare in the company’s lineup.

An interesting feature of Nixon watches is that you might find several references available for left-handers (with the crown on the left side of the watch).

Nixon watches are fashion watches, so the collection changes to follow the changes in the youth sub-culture.

However, some main models could be considered “iconic” - or at least, most interesting from a user point of view.

The current 2020 collection presents some rather interesting, understated choices offered at sensible prices (starting from less than $100) and representing a good deal if you want to buy a no-nonsense timepiece that would serve you well in your daily life activities. The basic model achieving this goal is the - rather evocatively called - Time Teller, a simple quartz three-hander. 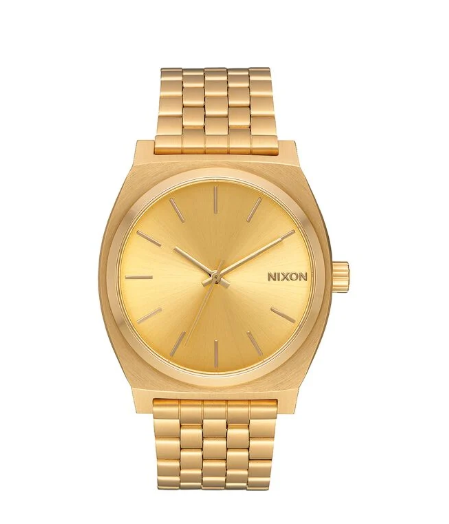 At the top end of this year’s selection, you find timepieces like the Diplomatic, a black DLC-coated military-looking stainless steel timepiece with bracelet and an ETA 2824-2 automatic movement that looks and acts tough. It would perfectly complement an active lifestyle, and look sexy and understated to boot.

Nixon continuously runs cooperations with top manufacturers from other areas, focusing mainly on active sportswear style, but does not end there: a couple of years ago, it produced a charming collection of timepieces made in cooperation with the legendary heavy metal band Metallica.

The Nixon models, with a design inspired by the band and its most iconic songs, are today complicated to find, as Metallica fans have raided the supplies of the timepieces. The most sought-after watch is the “Sanitarium”, a sultry 51 mm size beast, produced on a limited run, and featuring, between other things, a lovely “Insane/sane” sub-dial. 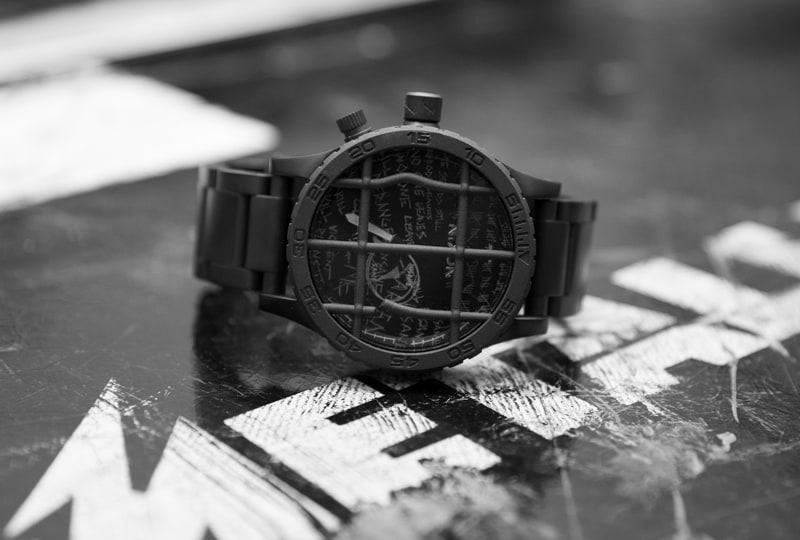 It is a no-brainer that LCD watches have gotten very popular at the wrist of Millennials. Most use the originals of Japanese companies like Seiko, but many rely on Nixon’s sexy offerings.

While Japanese watches have character and tradition, Nixon renditions generally have substance: they are big and hefty, and the stainless steel of their cases is much felt at the wrist of their wearers.

Between them, the company has two main offerings: the Regulus, which mixes the old-style LCD features with a modern-looking light-on-dark display, and the Dork Too, a rendition of an iconic Bulova model of the Seventies, with a small LCD mounted almost sideways on a matt black metal frame - and with a list price of around $100 you really cannot complain.

The Time Teller is possibly Nixon’s reference model. It’s simple, minimalistic shape and design are interpreted in many variations, with the most ironic are the DLC gold-coated “Presidential” - a sort on insider’s joke for a timepiece that is the most affordable in Nixon’s lineup.

The Regulus (which is more costly) also represents a fine choice for those who want an LCD-based timepiece but do not want to buy a G-Shock. While offering a similar shape and design, the Regulus has this sort of modern design thrown in, which makes it a subtly different, unusual choice, which looks good at the wrist (provided you have a rather large wrist - Nixon’s timepieces are quite large and imposing). 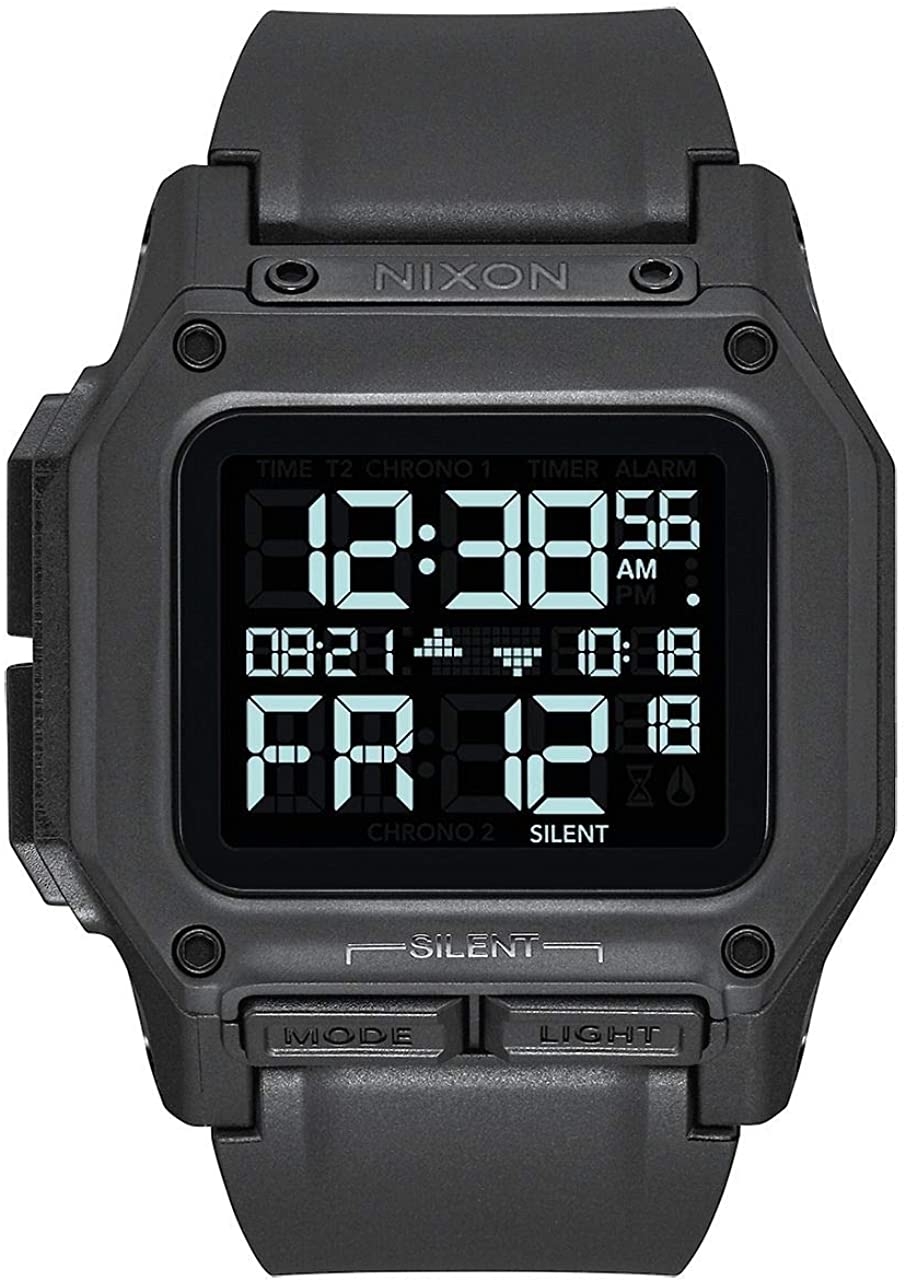 Nixon’s watches start from a rather affordable price level ($100), for the most basic models mounting Japanese-built quartz movements, to go well over the $1,000 mark for the Swiss-made timepieces equipped with automatic movements.

However, the majority of Nixon’s timepieces range in the $200 to $500 mark, making them somewhat expensive for a fashion watch made in East Asia. However, the quality they give is inherently good. The materials are nice, with heavy stainless steel used everywhere, and the watches look and feel solid. All in all, not a wrong choice if you are in for a fashion watch.

How durable is the Nixon watch brand?

Where are Nixon watches made?

What quality are Nixon watches?

Why are Nixon Watches So Expensive?